To put it lightly, Bitcoin has not fared well over the past weeks. The price of the leading cryptocurrency, ever since rejecting the key $10,500 resistance as if it was a stone wall, has acted weak, losing support and support.

After two weeks of bearish price action — punctuated by a steep drawdown over the past three days that took Bitcoin from $10,000 to as low as $8,520 — it should come as no surprise that investors are once again fearing a return to a bear market.

Though, a number of analysts are still optimistic, touting an array of fundamental and technical reasons as to why they think Bitcoin has an upward trajectory in the coming months.

While Bitcoin is still dramatically lower than it was just days ago, it decisively bounced off the $8,500 support (depicted below) and is now trading at $8,925 as buyers have stepped in at the eleventh hour.

This relatively strong bounce has been seen as bullish by a number of analysts; at and around  $8,500 there exists a confluence of macro supports and key technical supports, meaning a reversal in this region supports the bull case.

Filb Filb, the pseudonymous crypto trader that predicted Bitcoin would bottom in the mid-$6,000s and would subsequently reverse into the $9,000s in the start of 2020, explained this further when he listed out the five key support levels around $8,500:

Reason #2: Emission shock of Bitcoin halving is just months away

Even if Bitcoin doesn’t find support at $8,500, the block reward halving — a once-every-four-years event that sees the amount of BTC issued per block get cut in half — is rapidly approaching; current estimates suggest the halving will activate at the start of May 2020.

The so-called “stock-to-flow” price model made by PlanB, a pseudonymous quantitative analyst that works for a European institution, suggests that scarcity is closely linked with BTC’s market value.

The May halving, the model suggests, will imbue Bitcoin with a fair value somewhere around $100,000 — over 1,000 percent above the current market price of the asset. 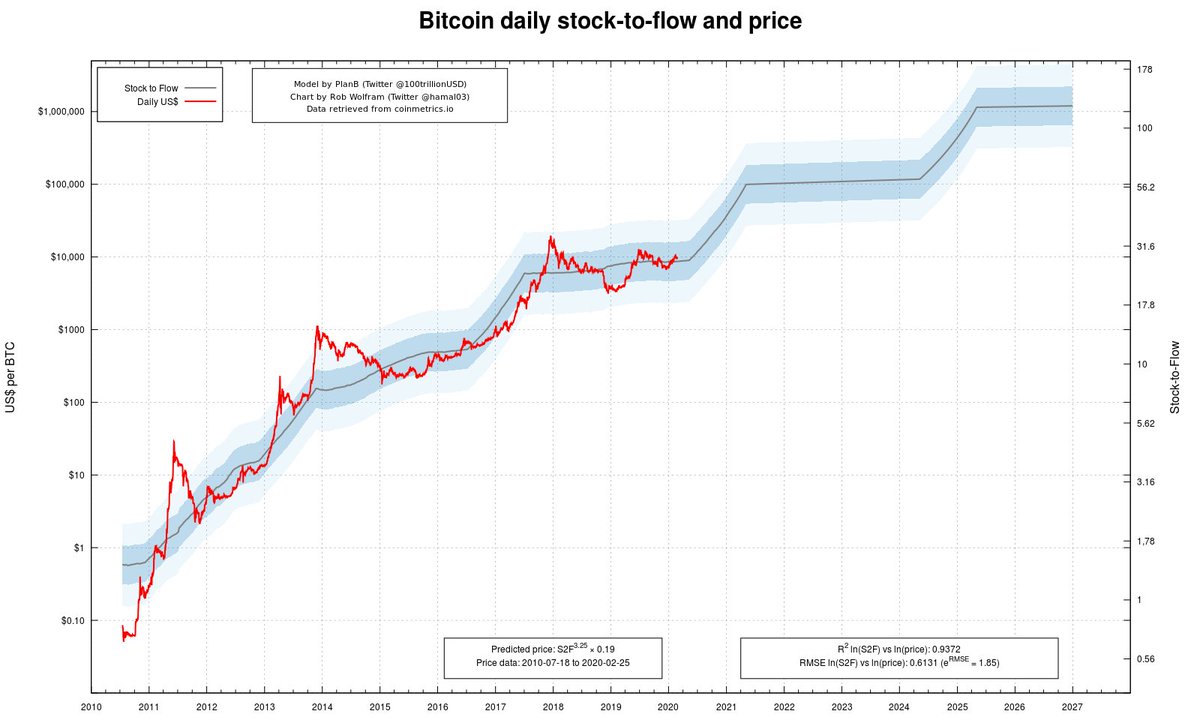 As crazy as this sounds, PlanB has found that the model is accurate to an R squared of 0.9372, which suggests that the relation between Bitcoin’s scarcity and its market price is anything but a coincidence.

This makes sense from a numbers perspective; if the amount of BTC inflation decreases and the amount of demand stays the same or increases, prices should naturally trend higher.

CryptoSlate compiled the four key reasons to back this assertion in a previous report, though the summary of them are as follows:

From a perspective of pure macro fundamentals, central banks continue to lower their policy interest rates and participate in open market operations.

Many prominent market commentators — from CNBC “Fast Money” anchors and a chief correspondent of the Financial Times to cryptocurrency analysts and macro investors — think this trend where money is easy to come by, enabled by low-interest rates, will boost demand for provably scarce assets, like gold and Bitcoin.