The Calm Before The Storm? BTC’s Trying To Maintain The Crucial Support Line

The Calm Before The Storm? BTC’s Trying To Maintain The Crucial Support Line


Over the past two days, we had seen the price of Bitcoin trading mainly under a very tight range between $8600 and $8700.

As a reminder of the recent price action, Bitcoin had gone through a decent rally since starting the new decade.

However, right after touching the significant 200-days moving average line (marked light green on the following daily chart), Bitcoin got rejected, plunged more than $700 intraday, and trading safely around the $8600 mark since then.

In the micro-level, we can see Bitcoin’s immediate correction reaching the 38.2% Fibonacci retracement level (~$8730) of the enormous price plunge, as can be seen on the following 4-hour chart.

Besides, the drop had reached the lower trend-line of the marked ascending channel on the 4-hour chart. Bitcoin respected that technical pattern since the beginning of the month.

Usually, after a huge move like this, which is followed by a price consolidation period, another big move takes place. And this is precisely the situation here. Especially because Bitcoin is trading right by the lower marked trend-line.

The bulls would like to see Bitcoin finding support on top of the ascending line, and in general, not breaking the $8460 – $8600 range.

Key Levels To Watch & Next Targets

– Support/Resistance levels: The bigger picture hadn’t changed since our previous analysis from two days ago.

The first line of support is the mentioned ascending trend-line (on the 4-hour chart). Further below is the double-bottom on the 4-hour’s chart, which is this week’s low at $8460.

Further above is $9000, along with the most significant resistance at the current price area – the 200-days moving average line.

– The RSI Indicator: Following the recent price action, the RSI is showing some bearish signs, after breaking below the short-term ascending trend-line. The RSI is now facing support at 60.

The bearish momentum can also be seen in the Stochastic RSI oscillator, which is pointing lower following a crossover in the overbought territory.

– Trading volume: The recent price plunge didn’t carry a tremendous amount of volume, as compared to last month’s average volume levels. Yesterday ended with a relatively low amount of volume, maybe because of the holiday in the US. 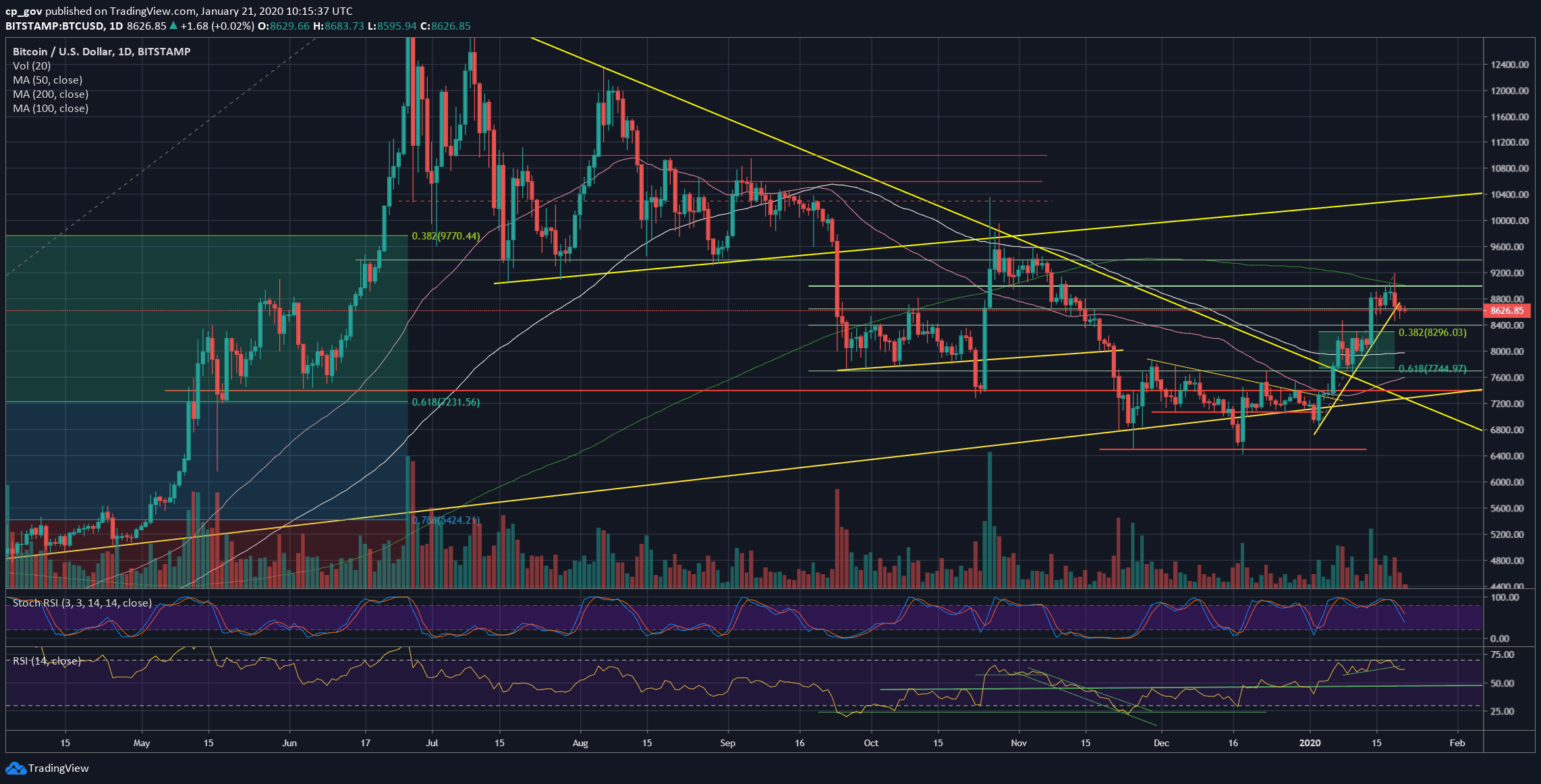