The daily chart above shows DASH rising above the 200-days EMA and surging by a total of 80% over the past 2 days of trading. The cryptocurrency managed to rise as high as $139 before rolling over and falling. More specifically, DASH is struggling to pass the resistance at $124 provided by the long term bearish .618 Fibonacci Retracement level.

DASH is most certainly in a bullish trend now, especially after the break above the 200-days EMA. If DASH was to drop back beneath $100 it would turn neutral with a further drop beneath $75 confirming another bearish trend.

The RSI has reached an extreme overbought condition, not seen since April 2019, which could suggest that the bulls are overstretched. However, it is well known that the RSI can remain overbought for extended periods of time when the market turns parabolic. 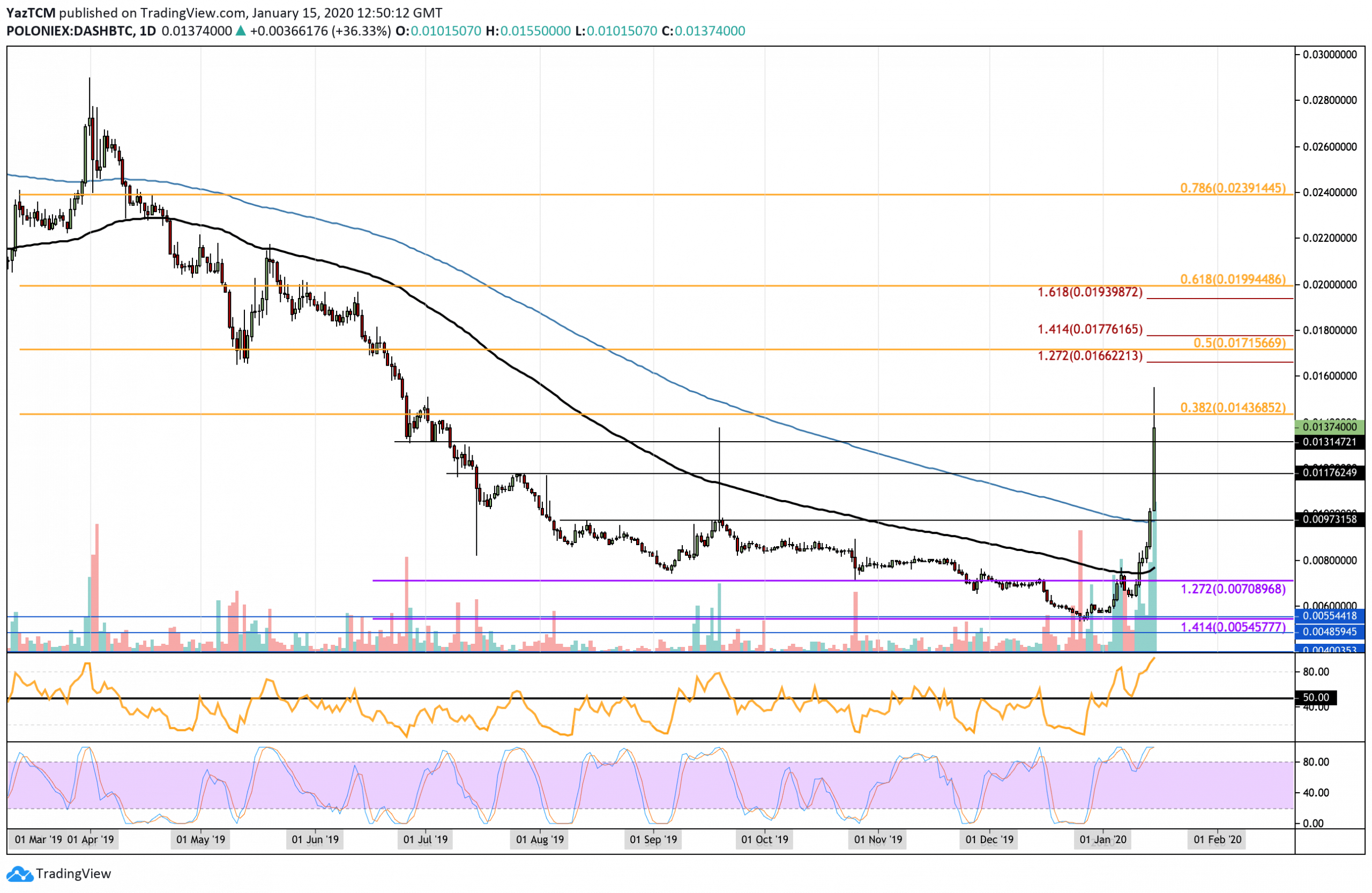 Against Bitcoin, DASH increased by a total of 60% over the past 2 days of trading which allowed it to rise above the 200-days EMA at 0.01 BTC and climb higher toward the current level of 0.0136 BTC. The cryptocurrency met resistance at the 0.0143 BTC which is provided by the bearish .382 Fib Retracement, causing it to pull back slightly.

Likewise, DASH is in a bullish trend against BTC. It would need to fall beneath 0.01 BTC to turn neutral with a drop beneath 0.008 BTC turning the market bearish.

The RSI is also in overbought conditions which shows that the market may be overextended. Furthermore, the Stochastic RSI is primed for a bearish crossover signal that would send the market lower.